The numbering of buildings in Paris

With more than 6,000 streets in its twenty arrondissements, the City of Light may appear as a real labyrinth. Easy to get lost but hard to find your way around, how to get your bearings in the capital? In this article we will unravel the secret of the numbering of buildings in Paris. The explanation should make your life easier.

Were you aware that the numbering of buildings was not made by chance?

With the high number of streets and buildings, we had to find a way to have a certain consistency. So, it was the Seine, this long French river flowing in the middle of Paris, that has been chosen as a landmark for the building numbering in Paris.

In a nutshell, it is the Seine that lay down the law.

But in what way?

For streets of Paris perpendicular to the river

Firstly, for streets perpendicular to the river, the numbering starts with the buildings that are closer to the Seine, in increasing direction. Even numbers are always on the right side of the street as the passer-by turns his back on the river and is walking away from it. On the other side, odd numbers are then located on the left side of the street. 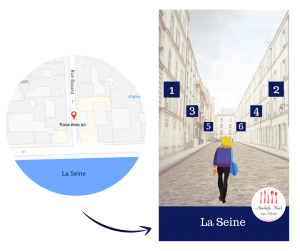 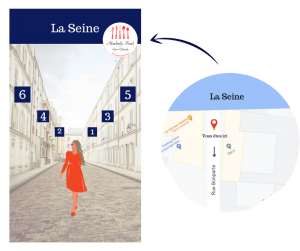 For streets of Paris parallel to the river

Secondly, for streets parallel to the river, whether you are above or under the Seine, the building numbering always starts following the flow direction of the river, which means from East to West so from left to right.

Even numbering is also on the right side as we walk in the same direction as the river.

In this kind of situation, the odd numbers are then located on the left side.

Easier than it seems! 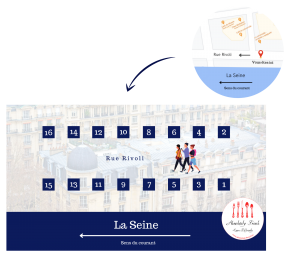 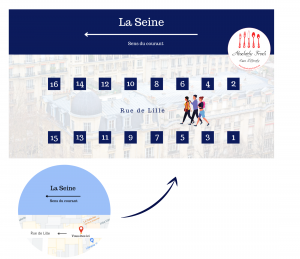 And what about the street plate?

At the beginning of the use of this new numbering, the counting had to be written in black on an ochre background for the perpendicular streets. As for the parallel streets, the numbering was in red and the background remained the same. But in the end, by bint of being damaged, it was the white numbering on a blue background that was chosen. However, the city of Paris is quite tolerant with the numbering of the street and that is why many street plates in Paris can take different forms.

As you know a bit more about the city of Paris, from now on, it will be easier for you to get your bearings in the City of Light.

5 apps to know when you arrive in Paris

dedicated solely to expat spouses.
Our main mission is to promote dual careers among expatriate couples.
With our fun, friendly and innovative French training courses, we guarantee a successful integration!
Want to learn with us? Register an expatriate spouse?
Contact us !
E-mail : contact@absolutely-french.eu
Tel : 01 83 73 98 49
Address : 4, rue Faraday 75017 Paris